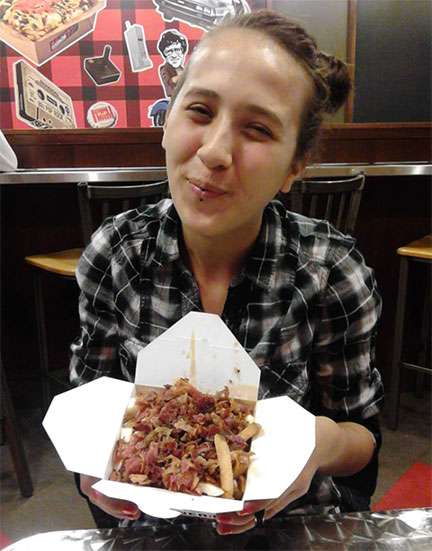 Shylynn also know as our Shyger struggle in the war of Substance use for 6 years of her young life. She meet an older man who introduced her IV use and that became a long 4 year battle. She was 18 with a 40 year old man that put her through a 2 year life of torture. Shylynn became so sick and finally called home for help and got away after not knowing her whereabouts for months. I picked her up and we spent 15 days in the Hospital. She was severely dehydrated and severely malnutrioned severely under weight and multiple collapsed veins. She became sober for 8 months after that and had a relapse after meeting a young boy at work. From there it was another emotional roller coaster. Turning to the streets a 55 year old man picked her up and the torture began again. She was finally sentenced to 6 months house arrest from multiple charges and it did not work because that Man had control. Later to end up in jail for 4.5 months where she did truly amazing. Shylynn finally returned home and for a short 37 hours. I cried myself to sleep. She came home on a Friday April 12 2019 and left home Saturday April 13 @ 12:30 a.m and I woke to a knock on my door after finally closing my eyes. It was the Police to tell me my daughter had passed away at 2 a.m Sunday Morning. She was gone from home for 2 hours and 20 mins and her life was ended. There is a tragic story to her death and so much more to her story but this is the story I wrote until I can sit and write her story…our story! I miss her like crazy it hurts. I live e everyday with thoughts of what I missed along the way that could have changed it. I have anger that eats me and sadness that’s killing me. I have lost control of living again. My anxiety seems to beat me up and my depression creates so many barriers. I lost a brother to heroin as well 24 years ago. I have been given words from the OPP investigator that was dealing with her case that “she was a drug user and these are the consequences” ”  that nothing was found on her phone and they cannot force the 55 year old man to speak again to them” I’m just broken hearted and trying everyday to figure out who I am today. To be a Mom to my other children and to enjoy the experience of being a Grandmother. I struggle with life without my precious daughter but I will continue to fight for her still!
With Love Shygers mama Otter (Angel Mama)
Cheryl Offord