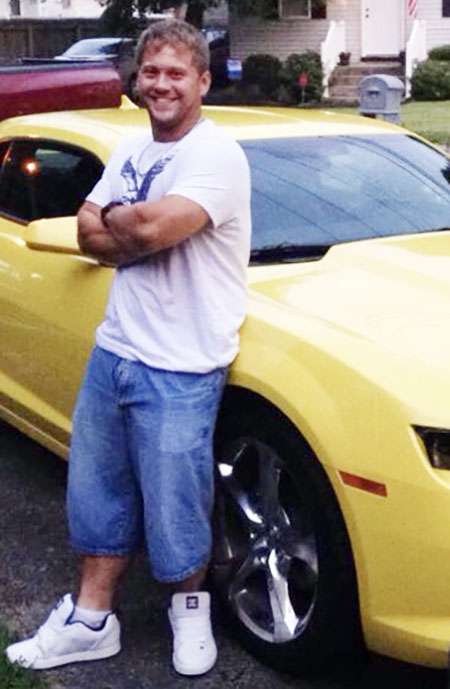 My son went to a so-called friends house where 10 others were attending a party.  He was supposed to be home at 11pm. I last saw him as he kissed me goodbye and said I’ll see you later. Love you mom.  Did the same with his dad.
I texted him at 9:14pm.  His last words to me were “ promise you won’t leave me anytime soon ma.” I had kidney cancer in 12/2015 and lung cancer 3/2017.
When he didn’t arrive home I started the phone calls and at 2:20am driving around. The last person he was with stepmother was smoking a cigarette outside her house. She told me she knew nothing.  The morning brought me making phone calls to police, hospital, his job, last person he was with went straight to voicemail and so did his fathers, whom he worked with. I called every family member and friends.
I went to the house of the last person known to be with him and was met with hostility by the stepmother. I told her the police would be visiting her as I was on my way to them. I was told to take a seat at the station. It was then that my sister called saying the coroner was just called to go to a house where a body matching my son’s description was found in the backyard!
I started screaming at the desk sergeant to get the detective out now. He came out and told me to go home and wait. I asked where he was and was told to go home and wait! I asked if me son was dead and was told he was not giving me false hope!!! I nearly dropped to the ground while my husband held me up.
I didn’t even get to identify my son! The drug dealer did that! I didn’t get to hold him nor kiss him. One last I love you.
I later found out this was a middle school x girlfriend from 15 years ago! A summer gf!  The 911 call was made 10 minutes after I left his friends house, who was the last to see him. I was told it was most likely an overdose by detectives that came to my house. This girl lived across the street from an elementary school! Ny law 9 years dealing within 1000 feet from! She was not charged! Calling 10-12 houses after his death! Ny law: Good Samaritan, 10 years not calling immediately after a known overdose! Not charged!!
I got the crime scene photos and dispatch tape. My son was beaten and robbed! I asked for a nose and mouth swab. No needle marks found! They refused the swabs and threw cigarette butts immediately away without testing! My sister went to the house and brought me back his sneaker, Batman cap and sock as well as a filthy couch pillow and filthy sheet! All evidence was not collected and I have it all in a plastic bag which she used plastic gloves to collect along with an ashtray.
The tape revealed nobody was home when police arrived! The call came in as an overdose where a party was held the night before, yet on the police statement the girl stated my son and his friend showed up at 11pm with beer and were told it was late and they were welcome to use the backyard. They smelled of beer.
The autopsy showed no alcohol at all, but fentanyl, Kradom, small amount of heroin and
PCP. Previous use of cocaine.
I brought all my evidence to the director of the medical examiner’s office and showed him everything. He agreed my son looked beaten. Broken dog tags, pockets turned inside out, missing watch, wallet, thick sterling silver chain,  Batman ring, earring, iPod, dirt and mud completely under and over his clothing, cut above eye, swollen left hand, cuts and scrapes all over him. Dirt in his hair, behind his ears and a muddy iPhone and eyeglasses on the dirty pillow. His Batman cap was neatly folded on his chest!!! Police refused to tell me where his missing items were found!
This girl is walking away by ratting on the bigger dealers!! This girl had 10 saved overdoses before my son’s death and 5 more saved afterwards!!!
This is a now 28 year old, almost 29!  10 different people with 10 different stories! Not one called for help! I see this as a murder charge against the 28 year old and the others as accessories!!!! What is wrong with the justice system?
My son was a loving mama’s boy that defended the underdogs! He did right and protected the not so popular! He opened doors for ladies, carried groceries in for neighbors. He mad the mistake of trying a drug that changed the way his brain worked. He carried a gene of addiction. He wasn’t at all a bad kid. He believed in god and put his family above everything. He was handsome and loved. He will be forever missed.
I will fight for him and others like him even after I get him justice!