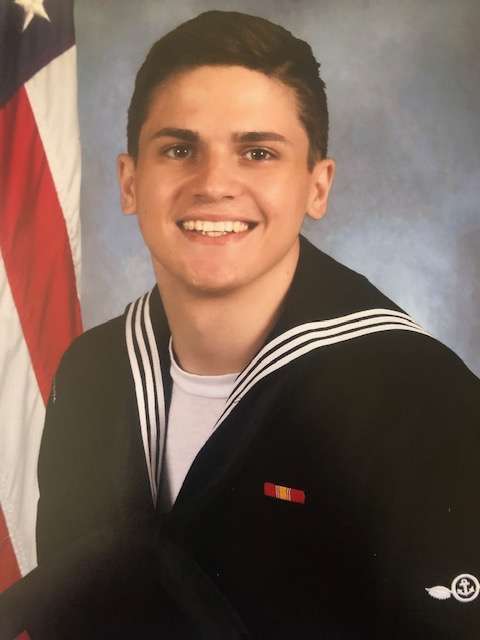 My boy! He was born 2/26/99 after I spent 45 days in the hospital while pregnant with him. I had fallen down, bleeding internally and instantly throwing me into labor. After 45 days in the hospital and had been given Demerol 4&5 times a day, maybe more. I was literally addicted to this medication when I came home from having him. If it was a medication I knew I could get on the streets, I probably would have. Thank God I survived it. Anyway, I had an 8 pound 10 ounce bouncing, jumping, running baby boy! He was born a month early. He was due on my Momma’s birthday, March 26th.

Donny was a relatively healthy baby! At two years old, I worked for a dental office and he needed dental work. We use to sedate little ones with Demerol. I brought him into the office, the doctor gave him the meds, and Donny was wired!!! It did not work on him. She could not complete the procedure. She told me to bring him back next time and try just giving him over the counter Benadryl and then she would try. About two weeks later we did just that, which was a success. He was out for the whole procedure! Never thought anything of it.

Donny was a very active boy! I, myself as a football lover was going to have the next running back of the NFL! He tried so hard, and he tried for me! He was so little. One day his coach came to me and said “we are going to get him hurt”. Ok I get it, it’s ok. So then he tried band! We all know he was an amazing guitar player, but he played by ear. He had no idea how to read music! This is where he thought he would excel! He gets into band class, and they tell him he will play the trombone! He tried! Then he tells me “this is dumb mom”! Ok, I get it! It’s ok! He then tries track and field! He runs all the time! I’m having to get him to the track or wherever they are running at 5am! I am not a morning person, but hey whatever it takes! He loses every race, but not giving up! He finishes them all!
He then tries long boarding! (Different than skateboarding I was corrected) He LOVED IT! He was AMAZING AT IT! We took him to competitions where he did so well! In the meantime of all these long board competitions and practicing around the house through his teenage years he had 14 broken bones! Yes 14!!! Every time he would say “Mom its ok, don’t take me to the doctor it will cost too much!” I didn’t care! He found something he loved and was good at. I took him to the doctor and as a mom that is what you do. The doctor would put a cast on the broken bone, send him home with a prescription of pain pills and say “see you in 6 weeks”!

When Donny got to high school and started driving I was so scared, but he was always respectful to us and had a job! I knew Donny started smoking marijuana. One thing my son never did was hide things from me or lie. Yes, I know I didn’t know everything, but for the most part I did.

Once he graduated high school he didn’t have any ambition. He was smoking marijuana more and we thought we needed to play “tuff love”, so we told him to get his stuff together and join the military or he needed to go. Looking back, was it the right thing to do? We don’t know! However, we do believe the Navy saved his life for two more years.

Donny obviously got clean long enough to join the Navy. February 26, 2018! (The day he turned 19) I never thought in a MILLION years he would graduate boot camp! He did!!!! Well, but not without being remembered as the “Rice Krispy Kid”! At graduation (April 27, 2018), his Dad (my husband) looked at him and said “son look at you! Aren’t you so glad you are off that stuff?” Lil D said, “Dad I think about it every day!” (He had gained 30 pounds in boot camp)
Then he went to A school where he graduated 2nd in his class! I thought “heck yes, we got this!”

He came home for 14 days after A school where he was still doing well!
June 14, 2018, His first duty station was on the John C. Stennis in Bremerton, Wa! He left, went off, and was having the time of his life! Donny was an ABE, and loved every minute of it! He immediately left for deployment in October 2018! Again, doing great, loved his job and traveling the world! Oh the stories he would tell!

Once he got to Virginia in May, 2019 it all went downhill! We could see it. Even though we could not physically see it. We knew! He called me up one day in September of 2019 and said “Momma I’m coming home!” Without hesitation I said, “Ok, come on!” Donny came home the very next day and told us he had a problem! I said, “What kind of problem?” He said, “Momma I’m an addict!” I said, “An addict to what?” He said, “Heroin”!!! I about fell over! Yes, I knew there was something wrong, but NEVER IN A MILLION YEARS did I think it would be heroin! He said, “Momma you thought high school was bad, I can get it anywhere I want!” He also told me he went to heroin because it was much cheaper than pills on the streets. From then to the next 9 days (that’s all he was home for) I watched my baby go through withdrawals! It was the hardest thing I’ve ever had to see! I called people trying to find out what I needed to do, when I needed to take him to the hospital, etc…. I had no clue! He was not raised this way! We did not do drugs nor did we allow him around people that did! He was still owned by the United States government! What could I do? NOTHING! I had to sit and watch him, and talk to him, and beg him once he got back to please self-report and get the help he needed! HE DID! He did just as I asked!!!! October 9th to be exact is when he self-reported! They wanted to make him an informant which he told them no! He was there to get the help he needed. He was still able to come and go as he pleased! To a mom that was awful! I was so mad! I was angry! It wasn’t until I believe October 28th when the Stennis went on an underway I called a “JAG” and asked if they were going to chalk this up to another suicide if something happened to him. Now please, do not take that wrong! I was so upset! He needed help! Well, they flew him off the ship to rehab! I was so happy! He was so happy! YES WE DID IT! He was getting the help he needed! He got out of rehab December 9, 2019. Totaled his car December 10th! Donny was discharged by the Navy December 28th. I get it! Zero tolerance! He got it too! He bought a brand new car January 5th! Totaled that car January 10th! At this point we are asking him to stay home on the 10th for sure! January 15th Donny overdosed for the 1st time! Luckily his Navy buddies were there and could call for help! However, they had no idea about his problem! It’s not something he advertised! I then asked him what he was going to do and he said he did not know. Well Momma had a plan! I told him he could come home, but before he did I wanted him to go to a 60 day rehab in Kentucky! He WOULD NOT GO! I had the means for him to go for FREE! HE WOULD NOT GO! He’s 20 years old at this point! I cannot make him! I told him, “If you do not go to rehab you cannot come home.” (I have two granddaughters that I had to think about)

Donny called me every day and we still had the same awesome relationship! He was doing great! He finally got a job at a local hotel in Virginia and he loved it!
March 16, 2020, Donny calls and says, “Momma I’m coming home. We are getting furloughed because of COVID-19.” Heck yes, come on home! I never mentioned drugs, never mentioned rehab or anything. He got home at 6:30 am March 18th. We spent all day together! He was great! We were in the process of moving to our new home and after his Dad got home about 3:30 he went to our old house to get his guitar. Little did we know he met with a guy who gave him the fatal dose of Methadone during that time out. Donny was looking for heroin according to his text messages on his phone. Also on those text messages were instructions on how much of the methadone to take! He came back home, played guitar for us, and even sang for us that night! We hugged him, told him we loved him. His Dad even told him he didn’t care how long this lasted we had enough money to take care of his car payment for a while. We all went to bed. Donny’s Dad and I did not see him on the 19th. He was gone visiting his sister and nieces. One which he had never met. He had also visited other family members that day. He got home about 9:30pm. His dad and I were already in bed as we get up at 4:30am every morning. Donny texted me to let me know he was home. I thanked him and told him I loved him and said, “I just wanted to make sure he was ok.” Which he knew what I meant by that. I even have a text message on my phone to this day that says “momma I love you! I’m the best I’ve ever been!”
March 20, 2020, our worst nightmare come true. Donny had passed away in his room. My baby was gone! He was told to take 4 TIMES A LETHAL DOSE.
My goal is to help get these drug dealers off the streets. Some people may disagree with me, and that is ok. If there were not drug dealers my son would still be here today. He did not want to die. He had a problem and did not know how to fix it.

My point of telling his story is, this can happen to anyone!!! As parents we are learning way too much too late. We are all one broken bone, one surgery, one tooth extraction, etc…From becoming an addict! Addiction does not discriminate! We buried my baby one day after my Momma’s birthday, March 27, 2020!
Please, if I can help or talk to someone you love please let me know! My mission is to save one person since I was unable to save my sweet boy! I will also make sure NOBODY forgets my son!