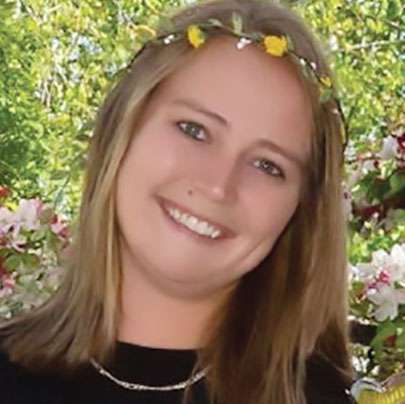 No more crime. Justice for the victims
FAILURE TO PROTECT THE PUBLIC
On October 21st, my daughter lost her life to a drug overdose. She was having back problems; I think that is why she may have been looking for more potent pain relief. She stayed at my house a couple of times, and I would hear her cry in the night. She also would get up and soak in the bathtub. I felt so bad for her. The doctors could not relieve her pain, and I was trying to support her to go through surgery and do whatever it took to make her better. She had appointments set up to be seen by a surgeon right before she died.
I felt her life was in danger about one month before she died. I begged her to get help for her suspected drug use which had come to light six months before she died. I loved her so much. She was hit by a semi-truck on the beltline one day and banged my car up slightly. I was not angry at all; I just wanted her to get help. I knew this was a second chance for her, hoping she would see the wake-up call. I brushed my fingers through her hair and told her how beautiful she was and how things have gotten wrong in the last few months. I begged her to get help.
The day my daughter passed away, and the cops came knocking on the door and asked to come in, I knew my daughter was gone. The next day after my daughter died, I went to the girl’s house that had been doing drugs with her and demanded that she tell where the drugs came from and that she could remain anonymous. The other girl almost died also. I could not believe they were trying to kill themselves. I again do not think they knew the drugs were laced. The toxicology report came back with the deadly drug fentanyl in it. The other girl gave the cops a name and number but never told me. I also reached out to social media and was looking for answers.
Another person came forward but wanted to remain anonymous. She told me the name of the man who sold the drugs to my daughter’s friend that killed my daughter. The cop said that it was the same person reported as the suspect who sold the drugs to my daughter. Everything surrounding my daughter’s activities at the time appeared to me to match up with his identity. The clubs she was hanging out at, his sisters’ history, down to the place of residence in Blanchard Ville, WI of Christopher Funches. Right before my daughter’s death, she was hanging out with some people in Blanchard ville Wi. Christopher, who was considered the suspect, was being charged with 4 Manufacture/Deliver Cocaine and one count Possess w/Intent-Cocaine but was never tied directly into my daughter’s death.
The DA working on this case Powell, Valerian dropped 4 of the five drug charges. I was hoping that the drug dealer would serve his time for the crimes he committed with the drugs. I did not want anyone else to get hurt, and I know the damages drugs due to our community. Drugs cause death, robbery’s, shootings, carjacking, prostitution, store thefts, and the worst, my daughter’s death with no thefts, and the worst, my daughter’s death with no more hope for recovery for her. I Feel he got off on a light sentence. I genuinely believe this man gave my daughter the drugs that killed her. I was having conversations with other people in the community regarding this matter. Christopher Facebook texted me himself denied any wrongdoing to this but continued to deal drugs after the fact that I believed he was the man who killed my daughter. Showing me, he has no remorse for his drug dealings and will continue to deal drugs in our community.
Christopher Funches has five more felony cases coming forward on 2/27/2020. The prosecuting DA is Powell, Valerian. On 2/27/2019, Mayo Quavell, another drug dealer, was charged with only two felonies of 14 drug offenses dropped by prosecuting attorney Valerian Powell. He will only be serving a 2-year sentence. Mayo Quavell goes to court on the same day that Christopher Funches goes to court for his subsequent five charges. I’m afraid this DA is letting all the drug dealers free. No justice has hurt me personally, but it has hurt our community and caused our community to be a haven for criminals. The police have done their part, and I have done my part. This DA here is placing our community as at-risk and would like to see stiffer sentences for drug dealers and justice for the victims. The end of the story is that my daughter never received any justice for the drugs that were sold and the drug dealer laughed in court. I know he sold the drugs that killed my daughter and I’m not afraid to say it.