A WALK FOR JUSTICE

Join us in the fight to save other families from this horrific fate.

WE NEED YOUR SUPPORT

Your tax-deductable donation will help us continue the fight to stop drug dealers from getting away with murder. 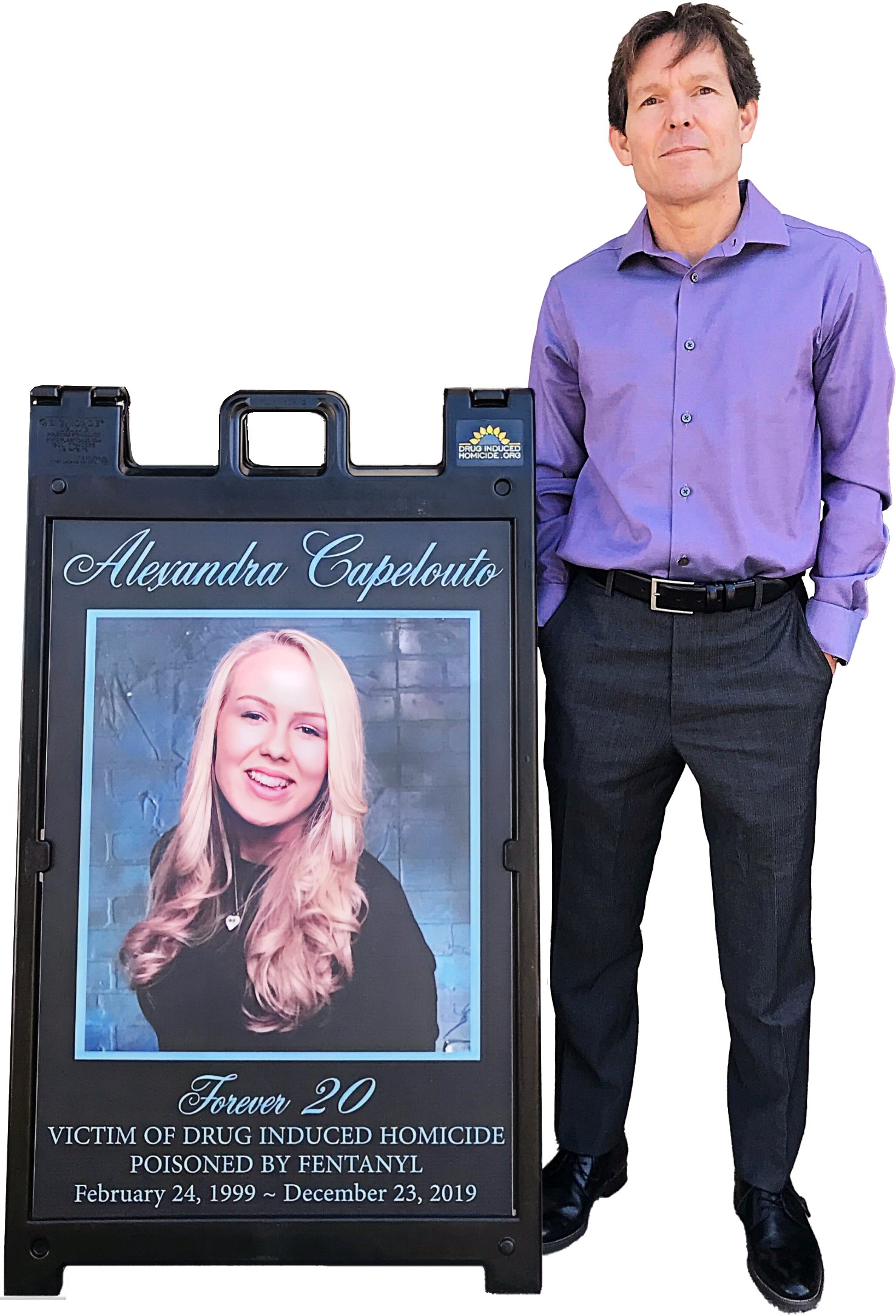 On February 24, 2023, Alexandra’s father will walk 60 miles  to witness the sentencing of the perpetrator responsible for her death.

Poison for Profit
On the evening of December 22, 2019, Alexandra purchased what she believed to be Percocet, a prescription painkiller. However, the drug dealer knowingly put her life at risk by delivering counterfeit pills containing a lethal amount of illicit fentanyl. Fentanyl, a drug 100 times more potent than morphine, is now the NUMBER ONE cause of death for ages 13 to 50 in this country. Alexandra, affectionately known as “Alex”,  ingested just a portion of one pill and was likely dead within minutes.

A Father’s Crusade
Since that fateful night nearly three years ago, Alexandra’s father, Matt, has been on the front lines of a fight to hold drug dealers criminally responsible for knowingly causing the deaths of thousands of Americans by disguising lethal doses of Fentanyl as common prescription and recreational drugs, and then selling those counterfeits to unsuspecting victims for profit. As one prosecutor so aptly put it, “They know it’s lethal, they just don’t care.”

Tragedy Leads to Change
The arrest of the person responsible for poisoning — and thus murdering — Alexandra was a major victory in the crusade to hold drug dealers accountable … victory not only for the Capelouto family, but also for countless families impacted by fentanyl poisonings. On February 27, 2023, the perpetrator of Alexandra’s death will face a judge for sentencing in Riverside County Federal Court after taking a plea deal. But the fight is not over.

A Walk for Justice
Matt will attend the sentencing hearing by walking nearly 60 miles to raise funds and promote awareness for his non-profit organization, DrugInducedHomicide.org. The three day walk will begin at a park near Capelouto’s home in Temecula and will conclude at the Federal Courthouse in Riverside. All proceeds from A Walk for Justice will be used to continue the fight for countless families across the nation.

Wheels of Justice
Recently, Matt, along with several other victim’s families and lawmakers, lobbied California lawmakers to consider a bill titled Alexandra’s Law, California State Senate Bill (SB) 1350, which would hold these premeditated murderers accountable. However, California lawmakers rejected the bill for the second time.

While the Capelouto family will return to Sacramento again to continue the fight, there is an effort now to put the law on the 2024 ballot to let voters decide whether or not to hold these killers accountable for their crimes. Please consider joining the thousands of Californians fighting for accountability for these peddlers of death who knowingly risk the lives of our family, friends, and neighbors for profit. 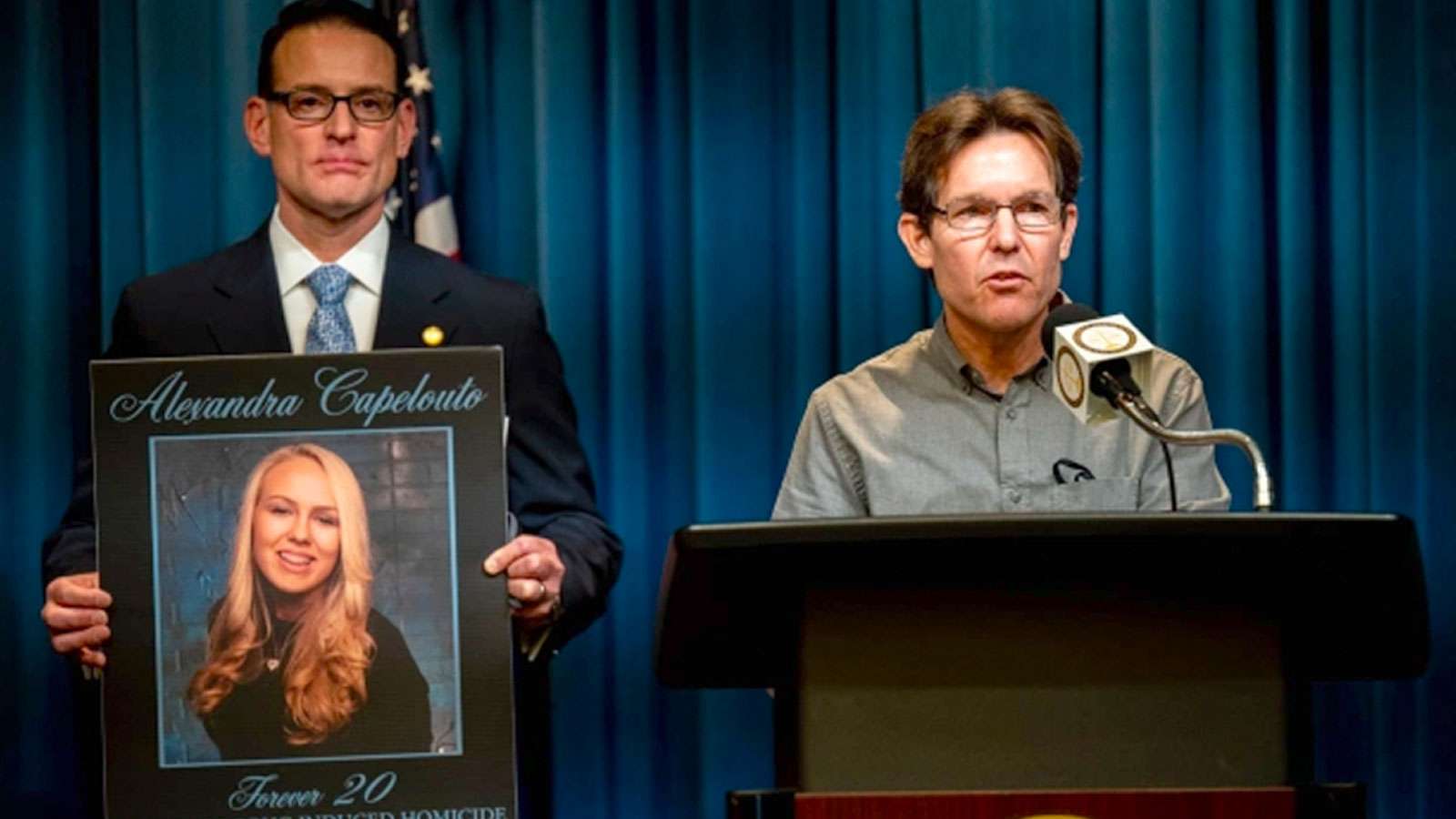 We Need Your Support

There are many ways you can help.

Family members of victims, friends, and supporters are welcome to join during any part of the walk, and are encouraged to carry signs and photos of loved ones who have fallen victim to unscrupulous death-peddlers.

Register for A Walk for Justice and receive a free t-shirt. Make a pledge and simply share with friends, family, and social media to recruit sponsors. Ask your employer or local businesses to match the funds you raise for our cause.

The Capelouto family is asking for friends, supporters, and family members of victims to attend the sentencing hearing in a show of solidarity.

Your donation is tax-deductable and will help us continue the fight to stop drug dealers from getting away with murder. 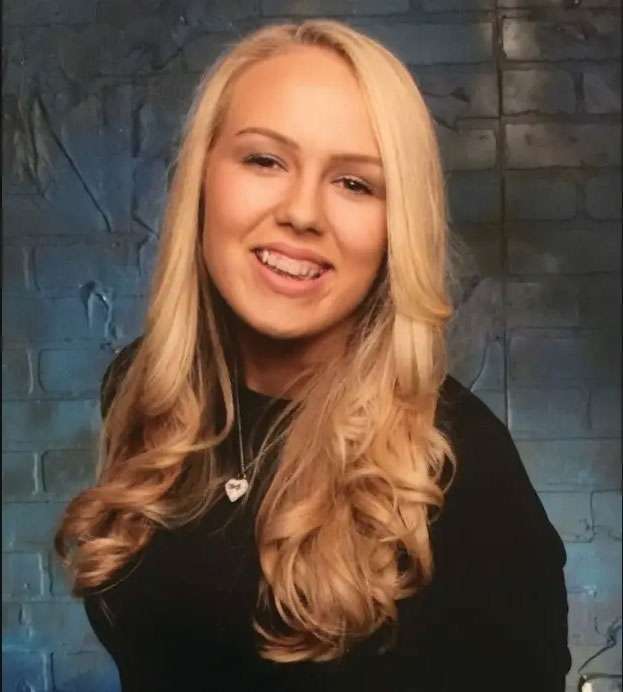 Brandon Michael McDowell, 23, admitted to a federal charge Monday under a plea agreement with the U.S. Attorney’s Office.

TEMECULA, CA — A 23-year-old Riverside man who supplied a lethal dose of fentanyl to a young Temecula woman home from college pleaded guilty Monday to possession with intent to distribute fentanyl, prompting a judge to remand the defendant into custody and schedule a sentencing hearing.

Brandon Michael McDowell admitted the federal charge under a plea agreement with the U.S. Attorney’s Office. In exchange for his admission, prosecutors dropped a related felony count.

U.S. District Court Judge Jesus Bernal set a sentencing hearing for the afternoon of Nov. 7 at the federal courthouse in downtown Riverside. He also ordered McDowell held without bail at the federal detention center in San Bernardino. McDowell had been free on bond.

The parents of the victim, 20-year-old Alexandra Capelouto, as well as other relatives, friends and supporters, were on hand for the change-of-plea hearing Monday afternoon.

“On the night of Dec. 22, 2019, Alexandra asked the defendant if he could sell her Percocet pills, a prescription painkiller,” according to the plea agreement. “The defendant agreed … and sold her what turned out to be approximately 11 counterfeit Oxycodone pills that he later described as `M30s.’ The defendant knew it was illegal for him to sell the pills and that they contained fentanyl.”

The narrative states that Capelouto “ingested half of one of the pills” just prior to turning in for bed.

“The fentanyl entered her system, poisoning her body and causing her death,” according to the prosecution.

According to prosecutors, Capelouto was a student at Arizona State University and had returned home for the Christmas break, during which time she contacted McDowell via Snapchat.

Capelouto’s father, Matt Capelouto, said his daughter did not realize she was ingesting fentanyl-laced pills.

“My daughter didn’t want to die,” he said during a news briefing in January. “She took one pill, and it was not a wise choice. Everybody in the supply chain needs to be held accountable. The drug dealers, the cartels in Mexico, right back to China. This war is not fought with bullets. They’re poisoning us from within.”

The case generated wide publicity and prompted Sen. Melissa Melendez, R-Lake Elsinore, to introduce “Alexandra’s Law,” Senate Bill 350, which failed in committee earlier this year. It would have mandated that under state law, anyone convicted of dealing fentanyl or other potentially deadly drugs be issued a written warning that an overdose death resulting from providing such drugs in the future could result in the party being prosecuted for murder.

The intention was to facilitate prosecutors’ efforts to file murder charges against dealers. Some prosecutors are pressing ahead with murder filings anyway. In Riverside County, more than a dozen criminal complaints alleging murder from “fentanyl poisoning” have been lodged in the last 18 months.

A federal grand jury returned an indictment against McDowell in December. He has no documented prior felony convictions and is facing a maximum sentence of 20 years in federal prison.

Fentanyl is manufactured in overseas labs, including in China, and according to the U.S. Drug Enforcement Administration, it’s smuggled across the U.S.-Mexico border by cartels. The substance is 80-100 times more potent than morphine and is a popular additive, mixed into any number of narcotics and pharmaceuticals. The ingestion of only two milligrams can be fatal.

In 2021, there were nearly 400 fentanyl-induced deaths throughout Riverside County, representing a 200-fold increase from 2016, when public safety officials say that only two such fatalities were documented.

Statistics published in May by the U.S. Centers for Disease Control and Prevention showed there were roughly 108,000 fatal drug overdoses in 2021, and fentanyl poisoning accounted for over 80,000 of them.